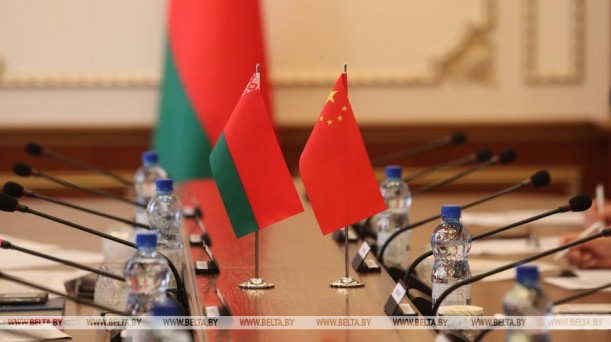 Vitebsk Oblast of Belarus and the Chinese province of Jiangxi signed an agreement on cooperation in the field of economy, education, healthcare, sport and other sectors, BelTA learned from the Vitebsk Oblast Executive Committee.

Aleksandr Subbotin noted that interregional cooperation with the Chinese province is of great importance for Vitebsk Oblast. This will benefit both the economy and also the well-being of people on both sides. In the past the two regions already held conferences on vocational education and training of engineering and technical specialists, and also discussed ways of combating COVID-19.

Nanchang, the seat of the Jiangxi Province administration, is the destination for container trains, which are formed, among other things, by a logistics company from Orsha. Nanchang and Orsha maintain partner relations. Funzhou, another city in Jiangxi Province, have such ties with Polotsk.

Aleksandr Subbotin stressed that the pandemic made its adjustments to cooperation with Jiangxi and now it is important to restore the old ties and establish new ones. "For us it is important not only to resume contacts, but also to take them to a new level ," the Vitebsk Oblast governor said.

Cooperation will be conducted both offline and online. Major enterprises of Vitebsk Oblast plan to organize video conferences and pitch their developments and technologies to Chinese partners. "Such meetings can be themed around certain topics such as agriculture, engineering, science parks and university developments," Aleksandr Subbotin emphasized.