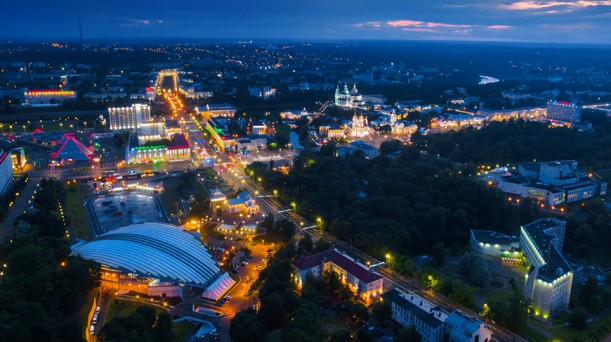 The 30th edition of the International Festival of Arts Slavianski Bazaar in Vitebsk will be running on 15-18 July, with additional events scheduled for 14 and 19 July. The festival will have a busy program of events to suit any taste, BelTA learned from the festival's directorate.

The main events will be the opening ceremony, the opening gala concert, and the concert “Union State invites...”. The Slavianski Bazaar festival will also include the traditional song contests for adults and children. The two-day children's song contest will be held at the Vitebsk Concert Hall and will wrap up with a gala concert.

“The Summer Amphitheater will host the adult song contest. On the first day of the competition, participants will perform a world's hit song accompanied by a backing track and Alla Duhova's Todes Ballet that will also present its new show later in the concert. The second event of the adult contest will be part of the closing concert of the festival. The participants will sing a Slavic hit song accompanied by the Presidential Orchestra of Belarus under the baton of Vitaly Kulbakov,” the directorate noted. The program of the festival will also feature the Day of Youth and the closing ceremony.

The most unusual event of the festival will be the first concert at the Summer Amphitheater – the symphonic rock concert “Overture to the Festival”. A 10x15m large ice rink will be installed at the main venue of the arts festival. The famous Saint-Petersburg State Ballet on Ice will perform its show accompanied by Concord Orchestra under the baton of Italian conductor Fabio Pirola.

The program of the festival will also include traditional projects, such as the concerts Golden Hit, Summer Rhythms, and Chanson TV – All Stars, and a gala concert of Belarusian masters of arts.

Tickets for all events of the festival are available in ticket offices of Vitebsk and on the websites kvitki.by and ticketpro.by (Belarus), bilesuserviss.lv (Latvia), bilietai.lt (Lithuania), and piletilevi.ee (Estonia). Ticket offices also offer gift certificates that allow its holders to buy tickets for events of the anniversary festival of arts. Gift certificates are valid till 19 July.