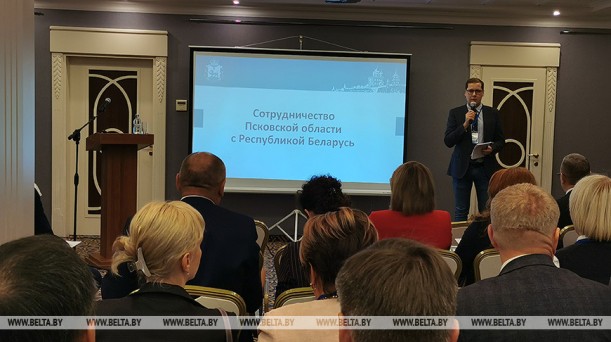 Interregional contacts between Pskov Oblast and Vitebsk Oblast are developing very rapidly, Chairman of the Committee for Economic Development and Investment Policy of Pskov Oblast Andrei Mikheyev said at a session on economic cooperation during the 11th meeting of sister cities of Belarus and Russia in Pskov on 14-16 October, BelTA has learned.

Andrei Mikheyev welcomed effective cooperation between Pskov Oblast and Vitebsk Oblast. According to him, interregional contacts have been established in many areas, in particular, agriculture, transport and construction, culture, education, healthcare.

According to him, the two regions also actively collaborate in education and culture, which includes, among other things, the holding of joint festivals and the implementation of bilateral projects.