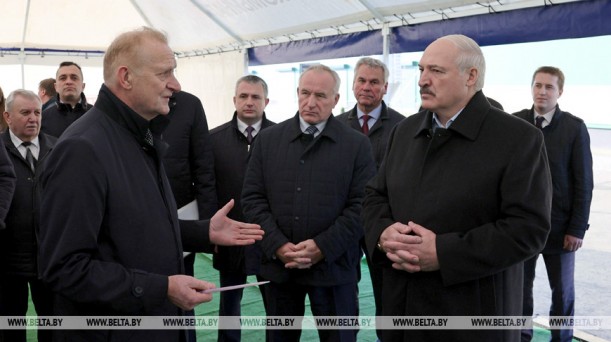 The dairy farm Ustensky belongs to the production enterprise Ustye of the National Academy of Sciences. The head of state was briefed on the performance of the enterprise and its prospects. 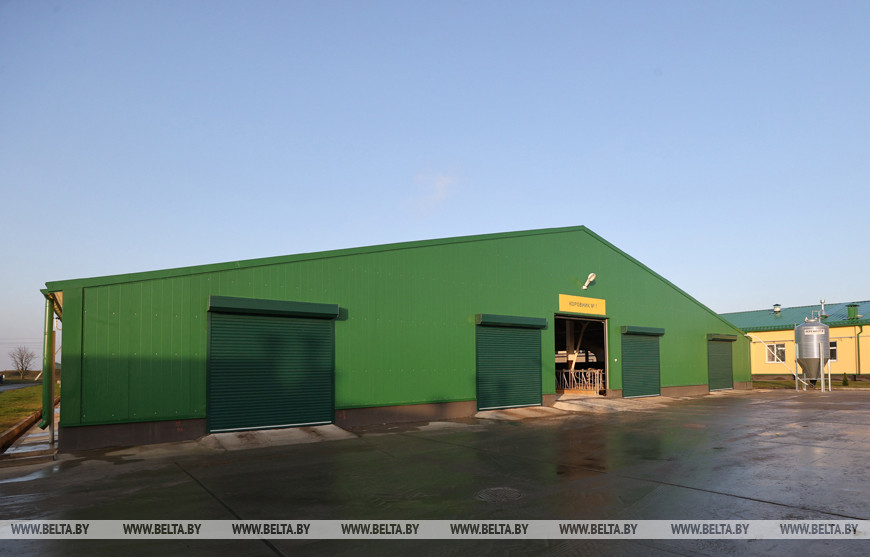 In 2015 the president instructed to transfer the struggling production enterprise Ustye in Orsha District to the National Academy of Sciences. In the Soviet times the farm was one of the most advanced companies, but fell into disrepair over time.

Chairman of the Presidium of the National Academy of Sciences Vladimir Gusakov told the head of state that now the farm is on its feet, earns money, and its performance improves every year. “We took it in a very bad condition. We started restoration with crop production through leveling off and enlarging the fields, developing a new system of crop rotation, and providing the most recently developed varieties. We got good productivity, and this made it possible to restore animal farming,” he said. 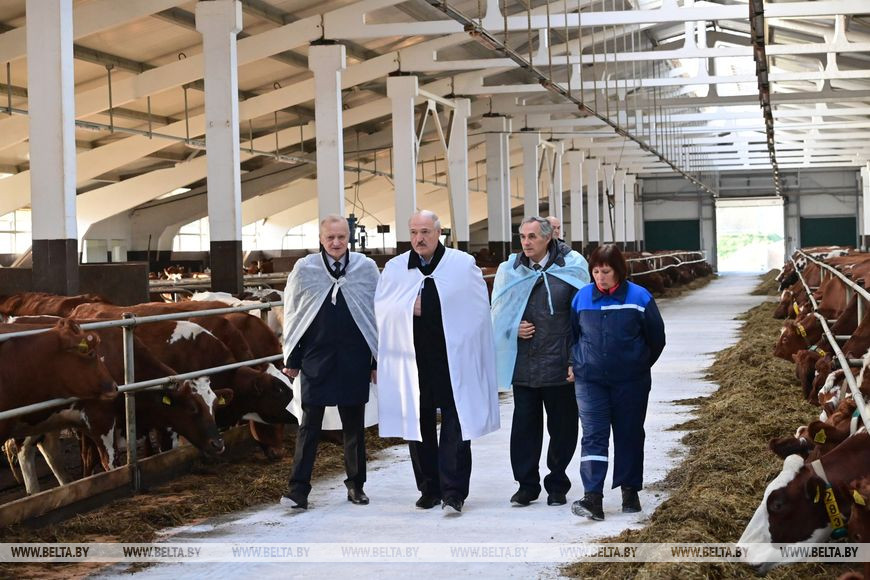 “So this is an example not only for [Vitebsk Oblast Governor Nikolai] Sherstnev but for Belarus in general. It is a multi-sector farm. You have invested money and lost nothing. Very good,” Aleksandr Lukashenko said. 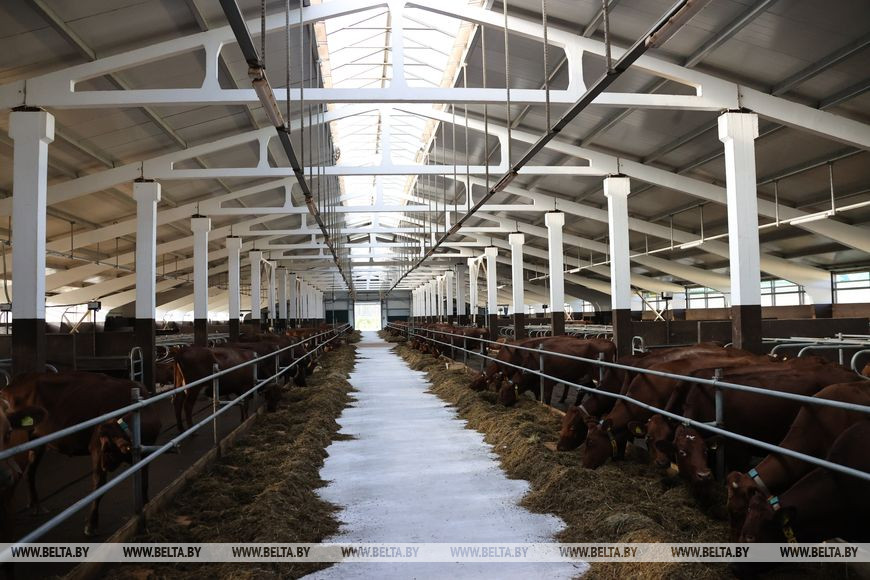 It cost Br34 million to build a new dairy complex. It was commissioned at the end of last year. The dairy complex is designed for 1,000 milking and 200 dry cows. 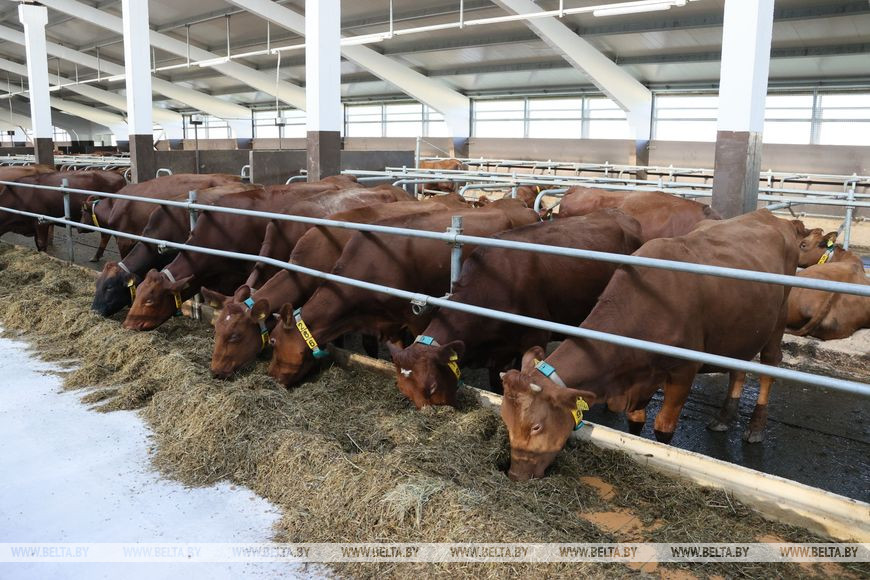 There are many milking parlors in Belarusian farms but, as the company claims, this is the first robotized one. It is designed for 40 cows. A special mechanism automatically brings a cow to the milking parlor. She walks into the free place for milking; the computer remembers the peculiarities of each cow. 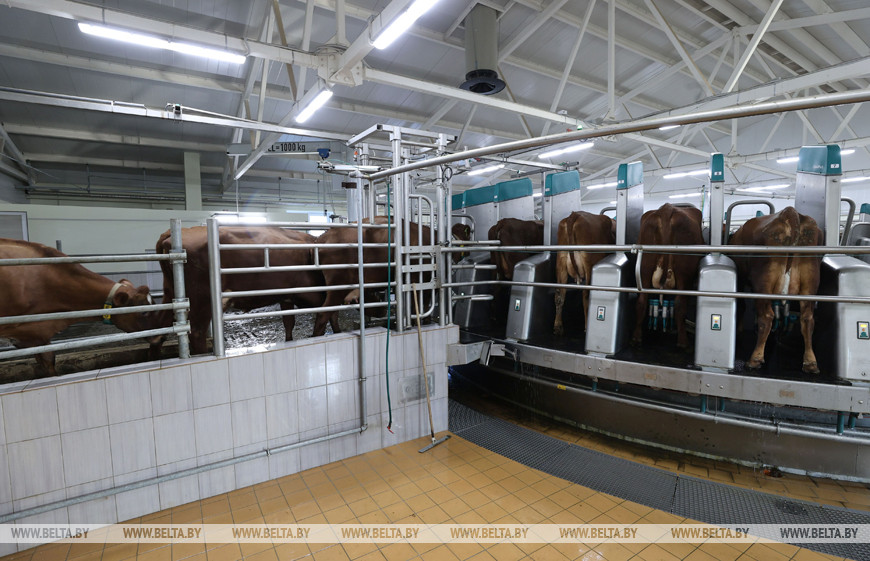 An innovative complex for seed production has been built not far from the farm. It also belongs to the enterprise Ustye. The factory can fully meet the demand for seeds in Mogilev and Vitebsk oblasts. The head of state instructed to consider the construction of similar complexes in other oblasts to satisfy their needs. “We need technology everywhere, at all stages,” stressed Aleksandr Lukashenko.

The head of state was also told about the results in the work to develop Belarusian varieties of grain, leguminous plants, and technical crops. The NASB Scientific and Research Center for Farming has achieved good results here, and the yields are high. However, there are some unsettled issues in the country as a whole, the president said. Not all the farms follow the technologies and crop rotation system. 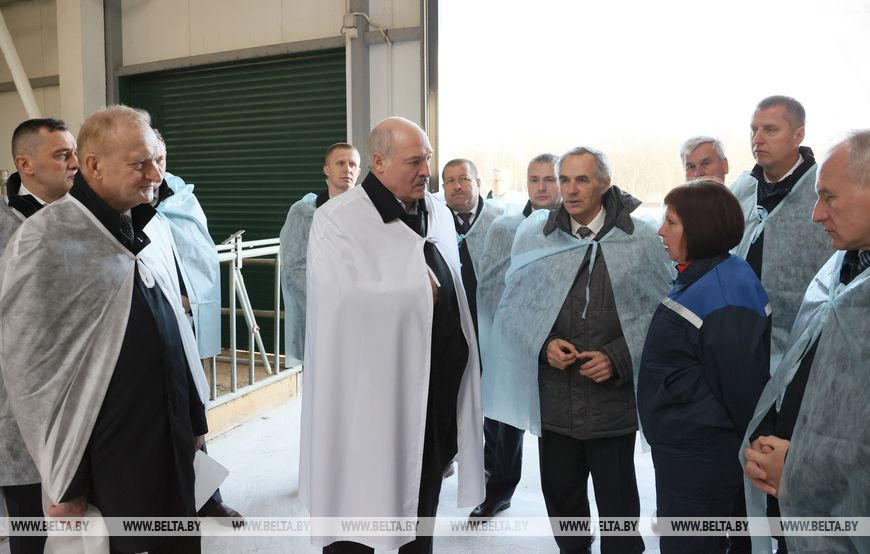 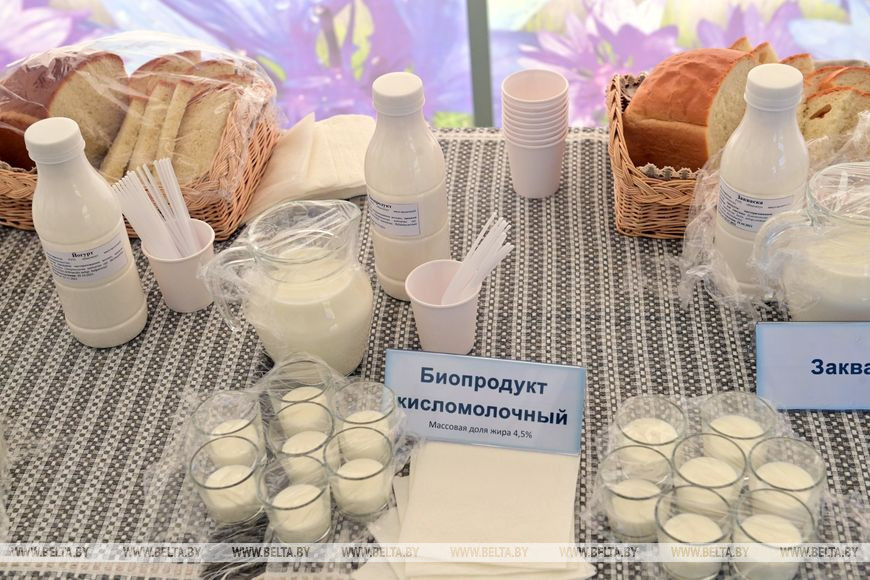 The head of state took a detailed interest in the livestock management at the farm. The president paid special attention to technological discipline. Without it, he stressed, it will be impossible to achieve much. 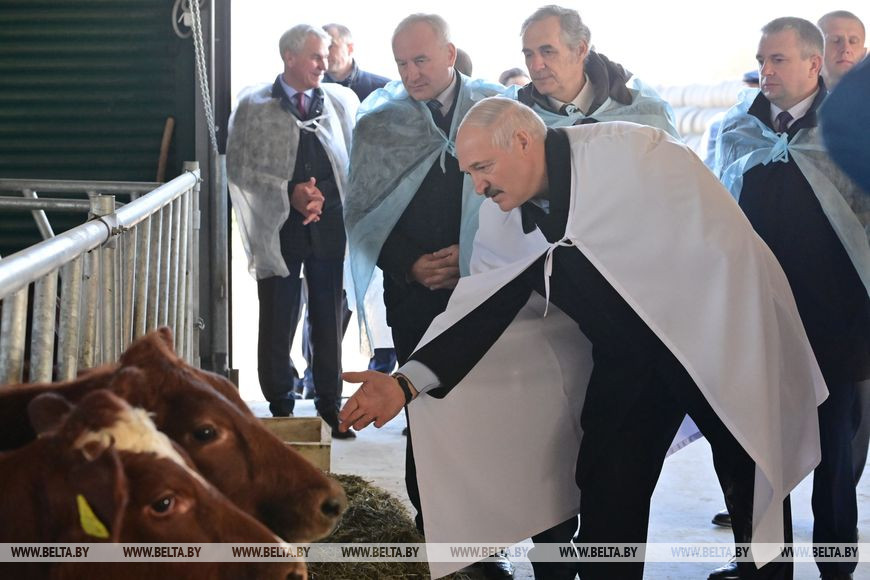 Construction of an additional dairy farm has almost been agreed upon. According to Aleksandr Lukashenko, the country needs another such farm. “If there is not enough land, the governor should help, because this is the future,” said the head of state.

According to the president, this experience should also be extended to the Kupalovskoye Holding Company in Shklov. The issue will be discussed.

“We need to build such farms in every region. We need to expand this experience,” the Belarusian leader stressed. 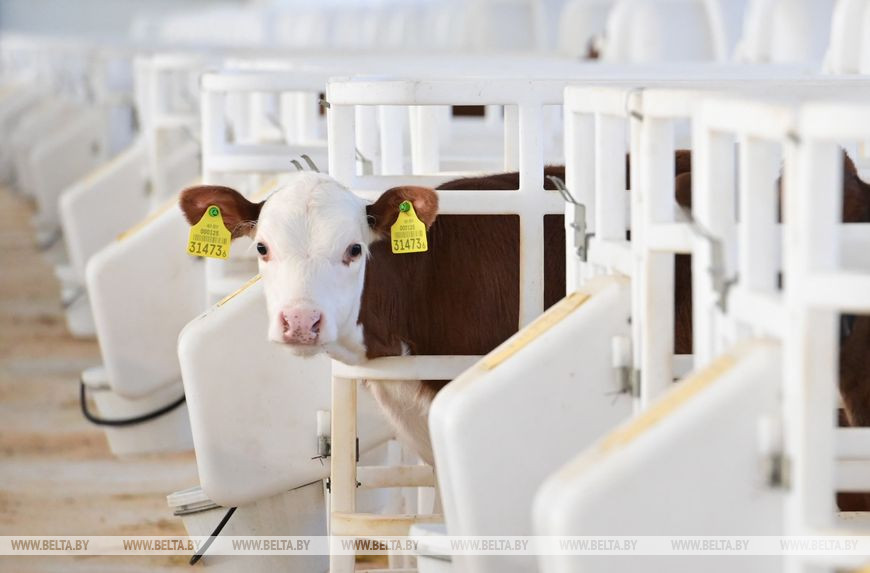 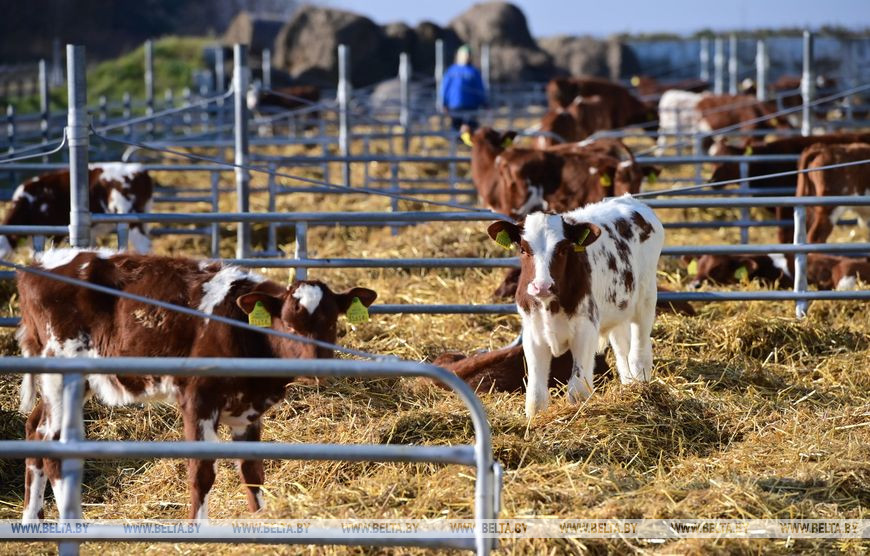 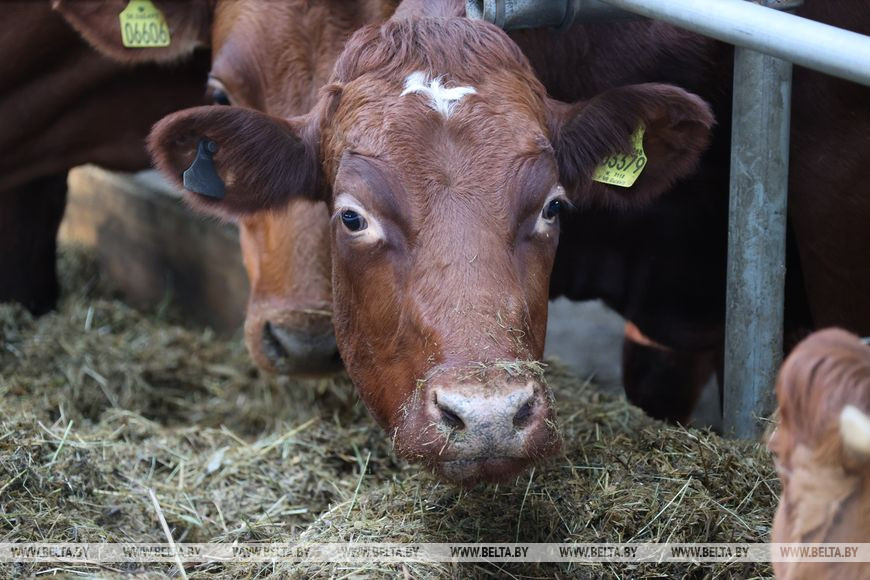