The Polotsk overpass was solemnly re-opened after renovation in Vitebsk on 15 July. Taking part in the ceremony was Belarus President Aleksandr Lukashenko. 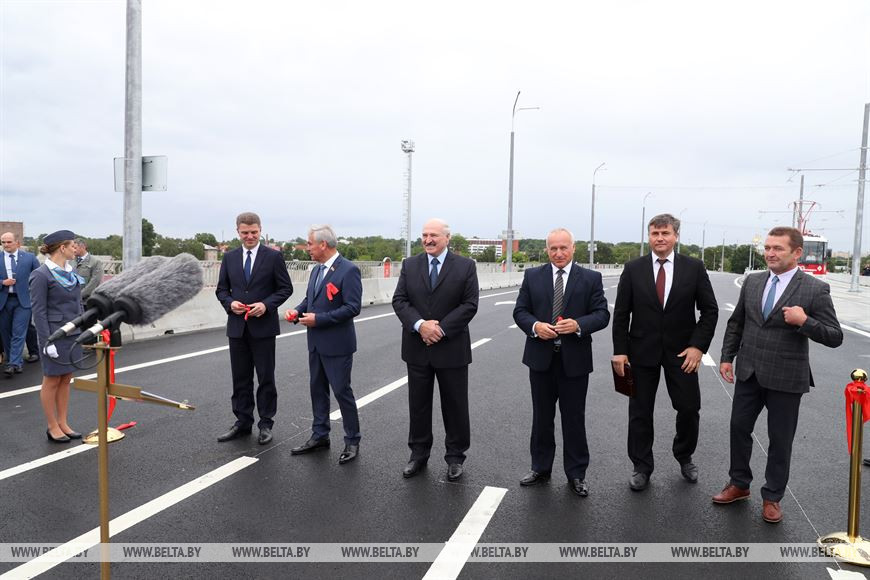 Attending the ceremony were construction workers involved in the renovation project and local residents. 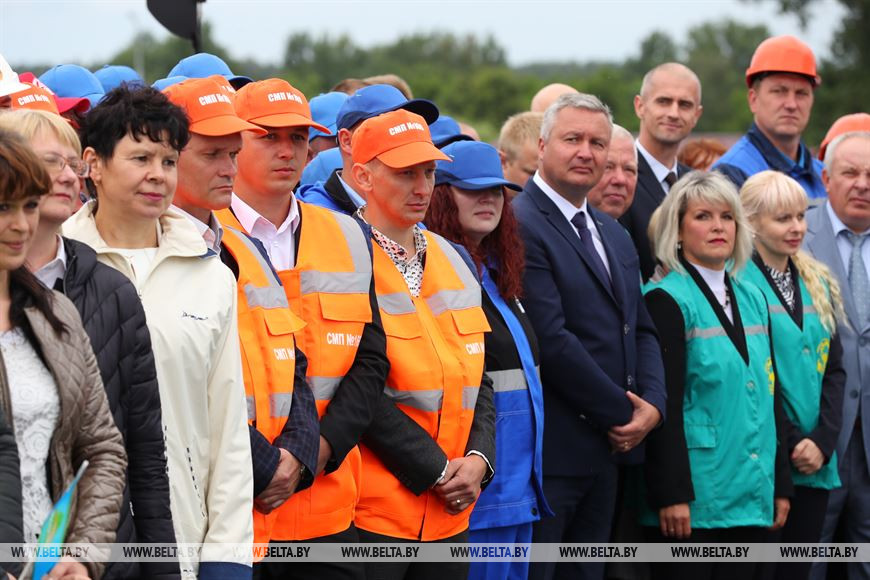 “The time of disarrangement is over now. I can only imagine the huge inconveniences local residents had to suffer. However, things became even worse after the old overpass was closed for renovation and the construction of a new bypass began, which took 1.5 years or maybe longer. Naturally, Vitebsk could not do without this wonder-facility. It would only get worse but for it,” Aleksandr Lukashenko said. 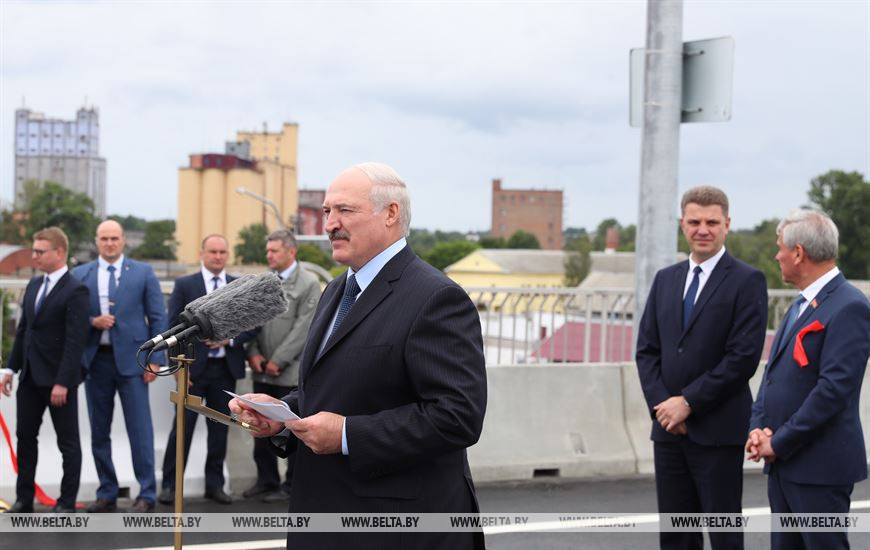 According to Aleksandr Lukashenko, he could hardly believe that the overpass was renovated within such a short period of time. “Thanks to you, the renovation of the Polotsk overpass was completed several months ahead of schedule, in the run-up to the Slavianski Bazaar festival. People who will come for the festival will see a beautiful modern city,” the head of state said. “We have built a top-notch and convenient bypass. This legacy will serve our Slavic city for centuries. That was a crucial thoroughfare and we have made it,” the head of state added.

Earlier, during the inauguration of the bridge across the Sozh River in Mogilev Oblast, Aleksandr Lukashenko noted that there are plans to renovate 18 big and about 40 small bridges in the coming five-year period. “I want to tell our bridge builders and construction workers that they will have enough work. However, be prepared to work round the clock,” the president said in Vitebsk. 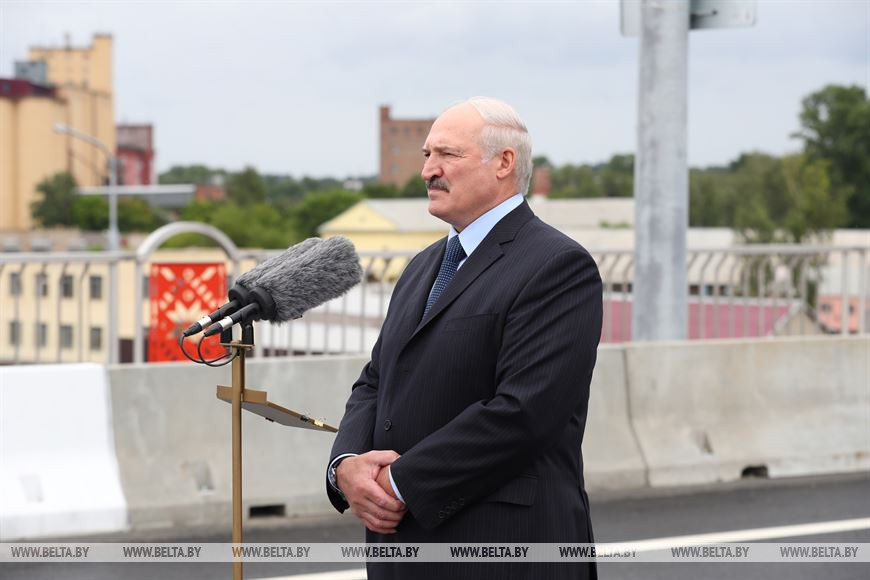 The renovation project cost less than planned. The remaining funds will be used to improve the road and transport infrastructure of Vitebsk. “We have saved some money, however, the governor wants to use it to refurbish Gagarina Street. Indeed, we need to spruce up this street. Of course, you can keep this money,” the head of state said. The president was informed earlier that Gagarina Street in Vitebsk is 5km long, the remaining part of the refurbishment project costs Br39 million.

The Polotsk overpass was built in the late 19th century. This is one of the most important thoroughfares of Vitebsk. It connects Kosmonavtov Street with Titova Street and Leningradskaya Street. These streets enable connections between Vitebsk's road network and motorways going in the direction of Polotsk, and further to Russia and Latvia. 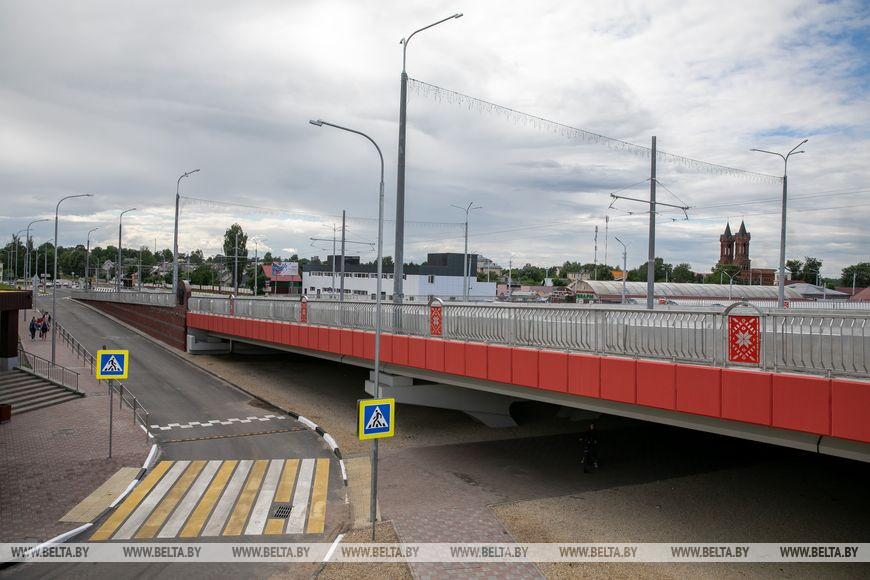 The overpass was previously renovated in 1958. Its structures began to degrade, therefore construction and installation works started here in June 2011. The renovation project was suspended because of the lack of financing in 2015. Three years later the bridge was examined again and a conclusion was made that it was in a critical condition. 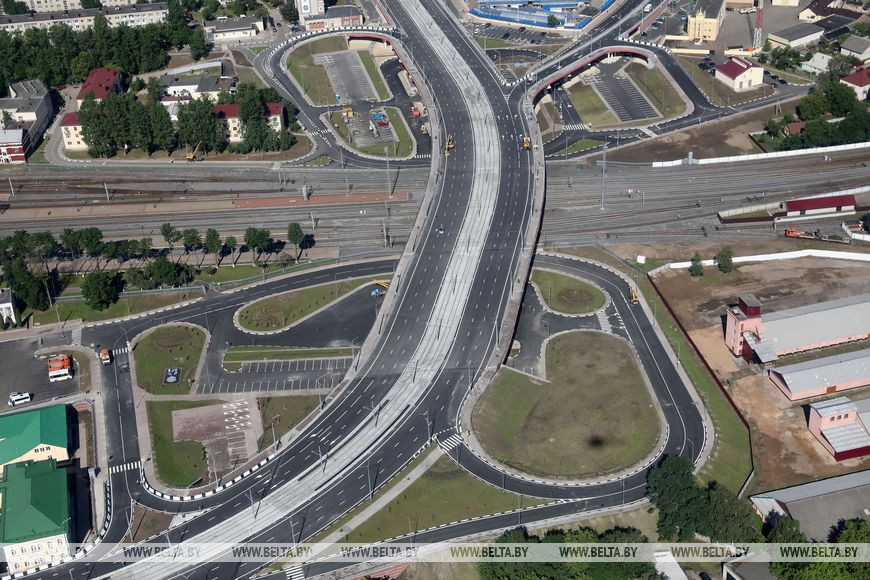 In November 2018 the overpass was closed for vehicles and pedestrians. It resulted in considerable inconveniences for local residents, as the overpass was used by four tram lines and 15 bus lines and a great number of fixed-route taxis. The renovation project was resumed. It involved 400 construction workers and over 70 vehicles. Initially, the project was to span slightly more than four years, however the deadline was revised and the project was to be completed by 2021. In the end, construction workers were ahead of schedule and managed to complete the project within 20 months. 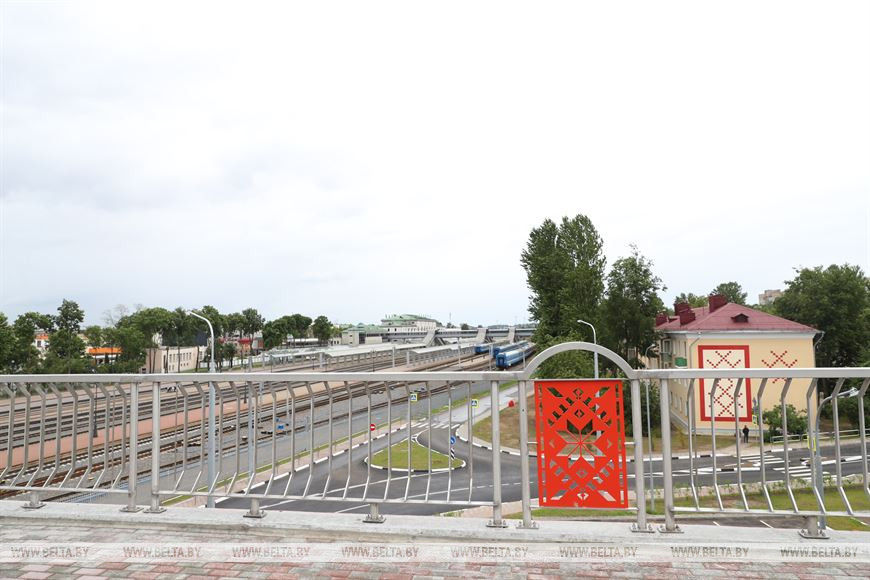 The project cost Br89 million, of which Br68 million was borrowed (initially, the Development Bank of the Republic of Belarus allocated Br100 million for the project). The renovated overpass is a bridge that is 45 meters wide, 7.6 meters high and 412 meters long.