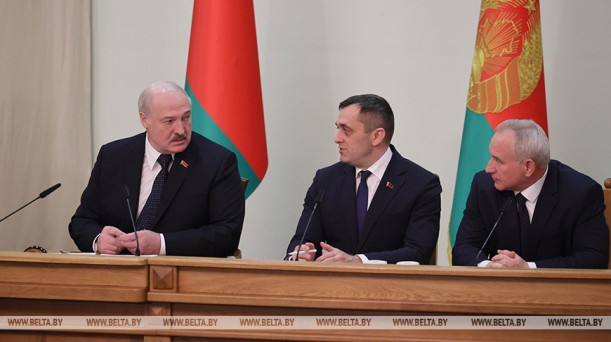 Aleksandr Lukashenko noted that Belarusians have always regarded Vitebsk Oblast as the cradle of the nation's spirituality. "This is the place where Belarus' statehood originated, a millennium ago," the president said. “Today Vitebsk is actually the cultural capital of Belarus. I am not even talking about the natural beauty that the city of Vitebsk and Vitebsk Oblast are renowned for.”

Speaking about the development of the region, Aleksandr Lukashenko named some examples of government support. Those were the allocation of significant funds to upgrade the petrochemical industry, the unprecedented benefits and preferences for Orsha District as a role model for the entire country, special conditions for the agricultural industry. "It's a good, normal way. But have farmers and the processing industry made any progress in agriculture?" the Belarusian leader asked.

He recalled that when the decision was made to create these vertical structures in agriculture, it was emphasized that this did not mean a simple write-off of debts. In return, the government wanted real results in the form of better financial status of agricultural farms. "I warned back then about the results. Some people made promises back then. I remember it," the president said. During the winter, the president plans to visit some integration structures together with the governor and analyze their work.

Aleksandr Lukashenko noted that many of the projects that are being implemented in Vitebsk Oblast were initiated by the current and former leadership of the region. "This characterizes Nikolai Sherstnev [former governor] as a person rooting for the region. I know that for a fact. Some of the projects have stumbled and this is the job of the leadership of the region and also the government to get them forward," the president continued. 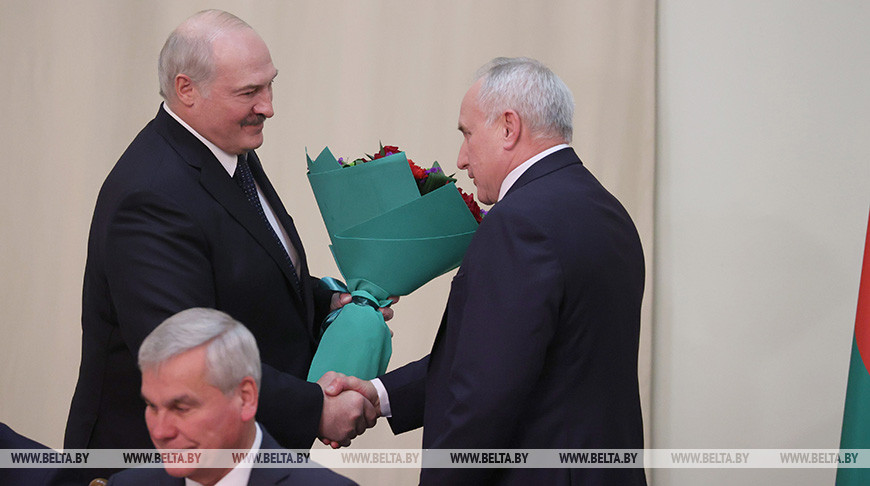 Along with the difficulties, the head of state took note of the good results of some industrial and agricultural companies of Vitebsk Oblast, the cultural development of the region, improvement of infrastructure. "Vitebsk Oblast is changing for the better. There's more order on the ground and it is clearly visible, especially to me: I fly over the country more often," the president said.

"Of course, I would like to thank, first of all, Nikolai Nikolaevich [Sherstnev]," Aleksandr Lukashenko said, expressing confidence that the competencies of the former governor will be put to good use.